Today in History: 1866 -  The Reno brothers carry out the first train robbery in U.S. history

On October 6, 1866, the brothers John and Simeon Reno stage the first train robbery in American history, making off with $13,000 from an Ohio and Mississippi railroad train in Jackson County, Indiana.

Of course, trains had been robbed before the Reno brothers’ holdup. But these previous crimes had all been burglaries of stationary trains sitting in depots or freight yards. The Reno brothers’ contribution to criminal history was to stop a moving train in a sparsely populated region where they could carry out their crime without risking interference from the law or curious bystanders.

Though created in Indiana, the Reno brother’s new method of robbing trains quickly became very popular in the West. Many bandits, who might otherwise have been robbing banks or stagecoaches, discovered that the newly constructed transcontinental and regional railroads in the West made attractive targets. With the western economy booming, trains often carried large amounts of cash and precious minerals. The wide-open spaces of the West also provided train robbers with plenty of isolated areas ideal for stopping trains, as well as plenty of wild spaces where they could hide from the law. Some criminal gangs, like Butch Cassidy’s Wild Bunch, found that robbing trains was so easy and lucrative that for a time they made it their criminal specialty.

The railroad owners, however, were not about to sit back and let Cassidy or any other bandit freely pillage their trains. To their dismay, would-be train robbers increasingly found that the cash and precious metals on trains were well protected in massive safes watched over by heavily armed guards. Some railroads, such as the Union Pacific, even began adding special boxcars designed to carry guards and their horses. In the event of an attempted robbery, these men could not only protect the train’s valuables, but could also quickly mount their horses and chase down the fleeing bandits—hopefully putting a permanent end to their criminal careers. As a result, by the late 19th century, train robbery was becoming an increasingly difficult—and dangerous—profession.


Also on this day:

On the Menu Today –  Falafel
INGREDIENTS
2 cups dried chickpeas (Do NOT use canned or cooked chickpeas)
½ tsp baking soda
1 cup fresh parsley leaves, stems removed
¾ cup fresh cilantro leaves, stems removed
½ cup fresh dill, stems removed
1 small onion, quartered
7-8 garlic cloves, peeled
Salt to taste
1 tbsp ground black pepper
1 tbsp ground cumin
1 tbsp ground coriander
1 tsp cayenne pepper, optional
1 tsp baking powder
2 tbsp toasted sesame seeds
Oil for frying
Falafel Sauce
Tahini Sauce
Fixings for falafel sandwich (optional)
Pita pockets
English cucumbers, chopped or diced
Tomatoes, chopped or diced
Baby Arugula
Pickles
INSTRUCTIONS
1. (One day in advance) Place the dried chickpeas and baking soda in a large bowl filled with water to cover the chickpeas by at least 2 inches. Soak overnight for 18 hours (longer  if the chickpeas are still too hard). When ready, drain the chickpeas completely and pat them dry.
2. Add the chickpeas, herbs, onions, garlic and spices to the large bowl of a food processor fitted with a blade. Run the food processor 40 seconds at a time until all is well combined forming a the falafel mixture.
3. Transfer the falafel mixture to a container and cover tightly. Refrigerate for at least 1 hour or (up to one whole night) until ready to cook.
4. Just before frying, add the baking powder and sesame seeds to the falafel mixture and stir with a spoon.
5. Scoop tablespoonfuls of the falafel mixture and form into patties (½ inch in thickness each). It helps to have wet hands as you form the patties.
6. Fill a medium saucepan 3 inches up with oil. Heat the oil on medium-high until it bubbles softly. Carefully drop the falafel patties in the oil, let them fry for about 3 to 5 minutes or so until crispy and medium brown on the outside. Avoid crowding the falafel in the saucepan, fry them in batches if necessary.
7. Place the fried falafel patties in a colander or plate lined with paper towels to drain.
Serve falafel hot next to other small plates; or assemble the falafel patties in pita bread with tahini or hummus, arugula, tomato and cucumbers. Enjoy!
-  The Mediterranean Dish
Quote of the Day:

Video of the Day:
https://www.youtube.com/watch?v=TIy3n2b7V9kOpens a new window

Avril Lavigne since she is a great example of Dad rock and she has a great beat. 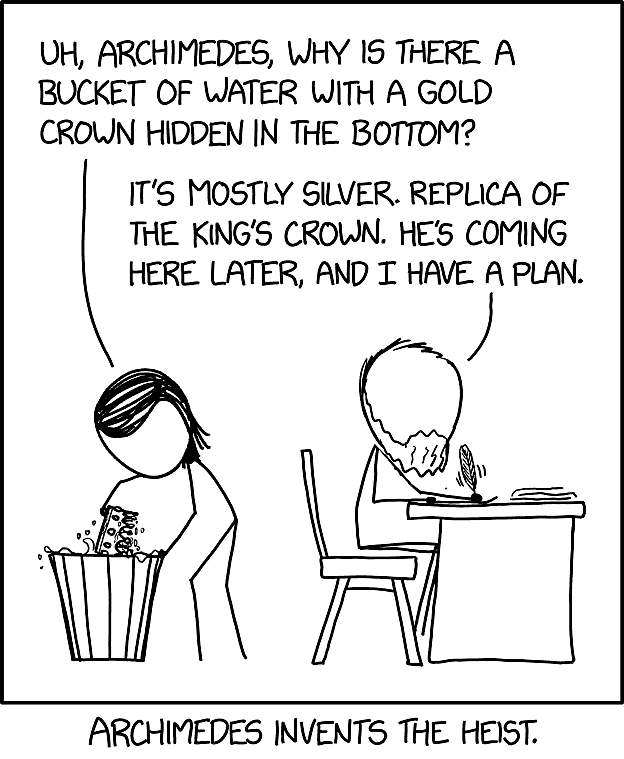 Mouseover: “"I've always wanted to run naked through town, but I don't want to get in trouble with the king or be remembered by history as a weirdo. I wonder how I could ... EUREKA!"”
Image Credit: XKCD 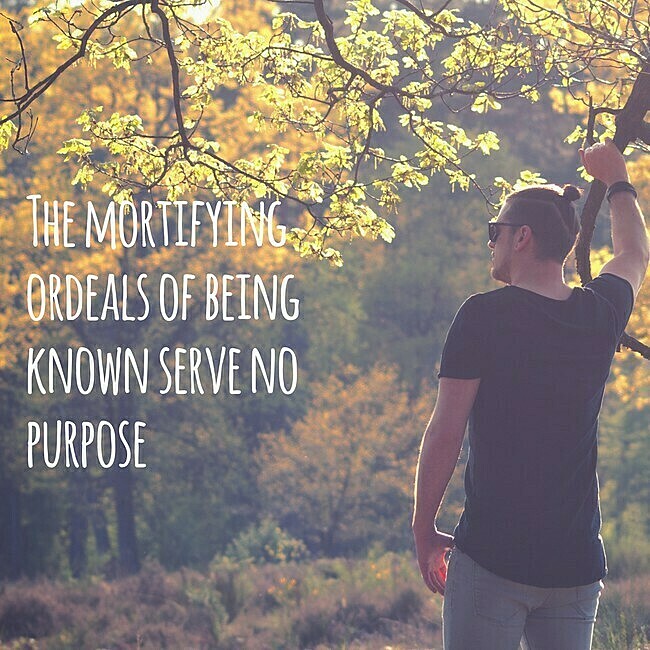