I have 3 types of errors with devices. I'm most interested in 2 error. How can I solve it? 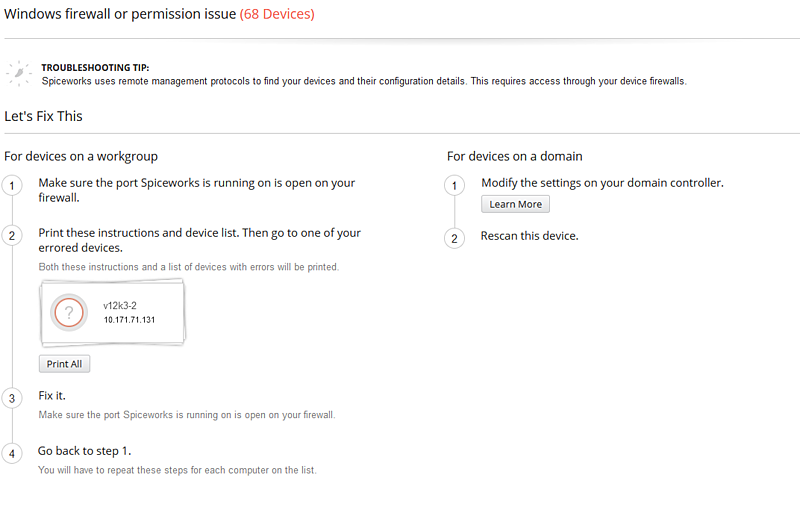 Didn't find what you were looking for? Search the forums for similar questions or check out the Spiceworks General Support forum.