We inherited an old server that I have been setting up as a storage server due to the amount of drives I have installed. The server itself still runs very nicely, but I have having an issue with one of the drives in a Raid 5 Volume that keep dropping out of the array.

The volume build successfully with no issues. It initialized it and created the partition. It doesn't happen all the time but sometimes after a reboot the Volume will show failed with a missing drive, although it has also picked up that same drive as a spare / additional hard drive. If I power off the server and restart it the Volume will be back online but degraded, allowing me to rebuild onto another drive. I select that same drive that dropped out and it rebuild with no issues. (image attached) 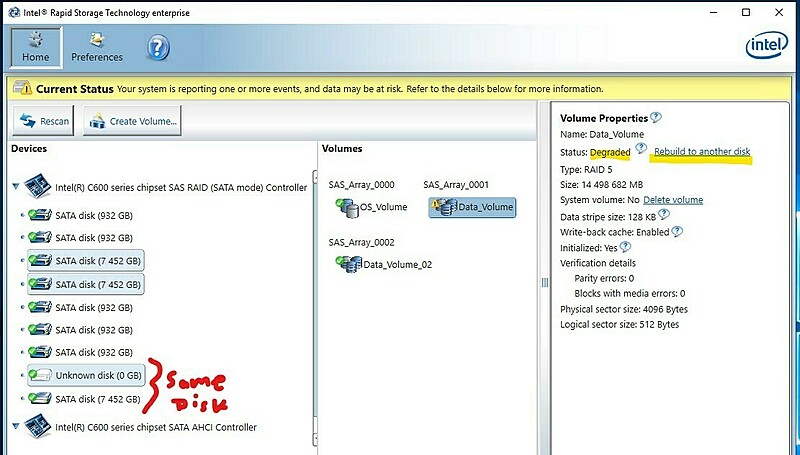 All three drives are the same make and model.  WDC WD80EFBX-68A

Any assistance to resolve this will be appreciated.

Didn't find what you were looking for? Search the forums for similar questions or check out the Data Recovery forum.