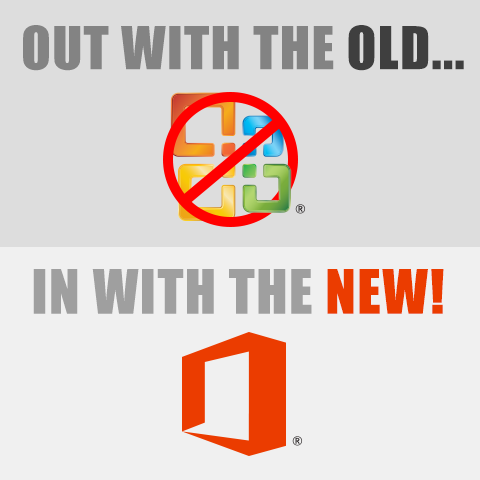 Many Microsoft Windows and Office products will be losing support in 2017, so is it time for you to upgrade to the newest software?

Microsoft supports its products for long periods of time, but eventually, they finally do end all support for their older product lines. This lack of support can prove troublesome for people who are slow to adopt newer software products as their older software can quickly pass out of relevance once all support ceases. In 2017, Microsoft will be ending support Opens a new window(or already has ended) for many of its Windows and Office products. Depending on what you have on your machine, will you be left in the dust?

When support does finally end for all the slated products by October 2017, older Microsoft product users will face a few challenges:

To give you an idea of what will be losing support in 2017, take a look below:

Products no longer supported in 2017:

Did you see software you are currently using on the list? If so, it may be time to consider an upgrade to more modern pastures. Windows 10Opens a new window and Office 2016Opens a new window offer the latest in features and capabilities from Microsoft, but if you truly want to never have to worry about losing support for your software, trading in perpetual software licenses for a pay-as-you-go option such as Office 365 is your best bet.

Office 365 allows users to receive all software updates, upgrades, and new features as they become available, ensuring you are never out of date again. Whether for home, school, or running a business, there is a flavor of Office 365 for you with a slew of features that exceed even the newer Office 2016.

Check out our stock of Office 365Opens a new window to see the amount of features and tools you get for only a low monthly or annual cost.

For information on Microsoft, Office 365, or Windows 10, contact us today!

Haley for My Choice Software

Brand Representative for My Choice Software

Featured in the Community